Contains the precursor to PEA, a neuromodulator important for attention and cognition*

A cohort study of pediatric subjects with focus concerns
had significantly lower PEA levels when compared to the
control group (p<0.05) 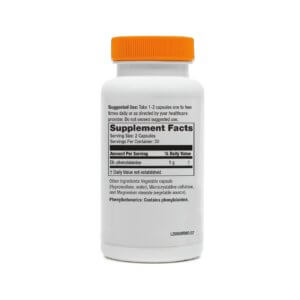